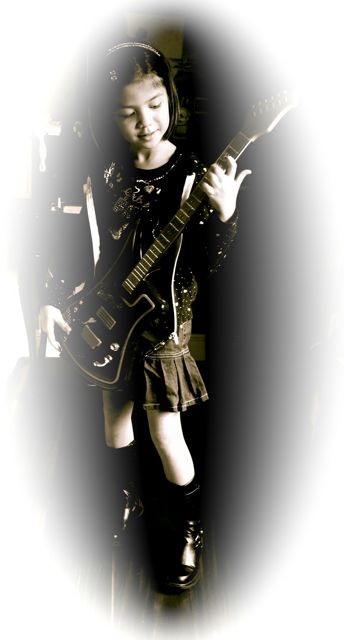 Happy Birthday Coolio!
I guess you've left disco behind and are now on to Justin Bieber. From now on I think you're going to teach us what dance music is, instead of the other way around. I loved your 7th birthday party last year--which you planned all by yourself. You invited a dozen of your best girlfriends to a disco party at home. 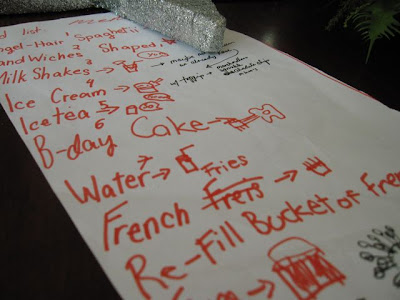 A month before, you made sure we started making glitter stars and disco balls to hang from the ceiling. I didn't realize you could make a disco ball out of old cds. ! We didn't have cds during our high school days. They were still vinyl records. I'll show you some vinyls one day.

You wanted black, silver and pink as your theme. You chose your outfit a week before, and made sure we loaded the iPod with our disco songs. I love those disco songs. It reminds me of my own disco days in a real disco. When I told my friends you were going to have a disco party, they asked "isn't she too young for a disco party?"  I had a big laugh and reminded them that nowadays, "disco" is just a theme, and no one was going to a dark place to dance with boys! Ewww, right? 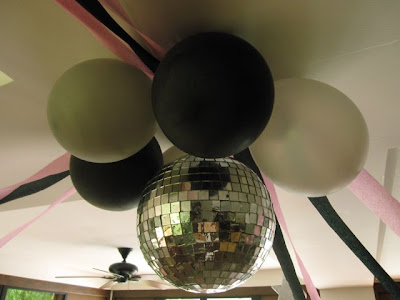 You specifically wanted a guitar birthday cake because you want to be a rock star and a lead guitarist. Hmm..rock and disco are not exactly the same thing..but never mind those minor details.
You love music and  music seems to love you! 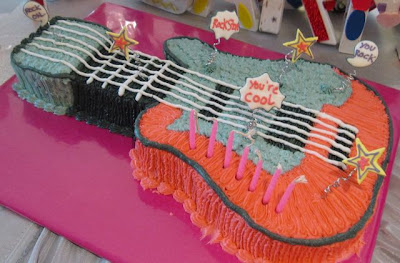 "Mommy, when you hear music, can you stop yourself from dancing?" you asked me once, bouncing up and down to some loud music. Ah, yes, I can. In fact I can sit through a whole dancing party and just chat on one side. But you can't stop moving--in shops and even in church--as soon as a song starts, you just automatically move to the beat. You are destined to dance! (but please not during mass)
This year you said you only want five friends over so that you can pay attention to everyone? I think that's a wonderful idea! You'll have lots of fun and I'll make sure your Justin Bieber cd is loaded into our iPod. Your friends might all want to dance too.
Happy 8th Birthday Coolio!
Daddy and I (and G) love you very very much!
Posted by Marivic at 4:20 PM

aww! this is too cute! happy birthday c!

Happy birthday Coolio! Music is very healing. It takes us into another dimension - did you know that?

This is a great blog. I luv the dumplings and the travel, but your daughter's birthday article was just precious. You have been blessed.
Kudos on the blog!

C thanks all of you for your good wishes and kind words!

She really is one cool chick! Just like her mom;-)

Hey DG, I got this greeting post idea from you and C is super thrilled with it! Now I have to do one for G too! Thanks for being an inspiration--just post more often so your fans don't get bitin.

Marivic
Manila, Philippines
Travel and Interior Design are two of my passions. Luckily my husband shares a passion for travel too, so I usually attach a few days of leisure to the tail end of his business trips. If the kids happen to be out of school, they get to come along too. The words "antique" and "vintage" make my pulse race. I like things and places with a lot of history and character. No Doors is my attempt to keep travel notes and design tearsheets all in one place. You're welcome to click around and journey with me! 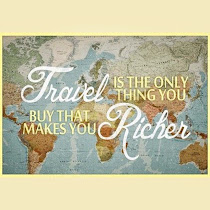 Twenty years from now you will be more disappointed by the things that you didn’t do than by the ones you did do. So throw off the bowlines. Sail away from the safe harbor. Catch the trade winds in your sails. Explore. Dream. Discover.
—Mark Twain

Fun to Look At

To Keep in Touch